Security Alert on the EU’s Doorstep: Strategies for Strengthening Security in the Eastern Partnership Countries 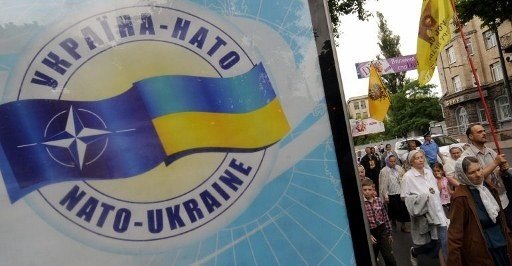 The countries of the Eastern bloc have had to face the influence of the big player in their neighborhood – the Russian Federation – since the beginning of their independence. With the gradual expansion of the Western international structures, a considerable part of the former Eastern bloc has successfully managed to join the EU and NATO. This integration is also gradually beginning to affect some countries of the former Soviet Union – Belarus, Ukraine, Moldova and the countries in Caucasus like Georgia, Armenia and Azerbaijan. However, in the last few years, the relations between Russia and the Western structures have been rather tense because of Russia’s belligerent foreign policy. Examples include the incidents in South Ossetia and Abkhazia, the annexation of Crimea and the support for separatists in Eastern Ukraine.

As a result of the current direction of Russian geopolitics, some of Russia’s neighboring states begin to fear that their territorial integrity might be threatened and they seek support precisely in the contact and cooperation with NATO and the EU. Given the tense relations, they often act cautiously because they do not want to spoil the relations with their giant neighbor. Western organizations also profess caution. The concerned states would often want to join Western organizations but they mostly do not meet the set admission criteria, which means that the cooperation with the West can only take place in various forms of support.

Russia’s influence on the neighboring countries is particularly problematic in the area of the dissemination of anti-Western propaganda in the concerned territories. For countries in Russia’s neighborhood, the ability to confront the concept of hybrid warfare used for example in Eastern Ukraine poses a problem. Although these are not entirely new methods of warfare, coupled with the development of modern technologies, these activities are one of the major challenges of the 21st century faced by NATO and the EU.

Propaganda and military solutions of the aforementioned nature do not only threaten countries of the former Soviet Union, but also countries of the former Eastern Bloc. The situation is, however, complicated by the situation in the EU. Some disputes that arise from the EU agenda have a negative impact on the relations among the participating states, and even within NATO. A case in point is the critical approach to the Visegrad Group (V4) countries, which some Western European states have voiced within NATO. This has its origins in their dissatisfaction with the way the V4 approached the refugee crisis, which is certainly part of the EU agenda. However, transferring disputes from one organization to another may pose a danger since disputes between states may reduce NATO’s defense capabilities against external aggression.

(The study can be downloaded here:http://eap-csf.eu/assets/Seacurity%20Alert%20on%20EU%20Border.pdf)