Leader for a Living Planet: Our Nation’s Future is in the Ocean 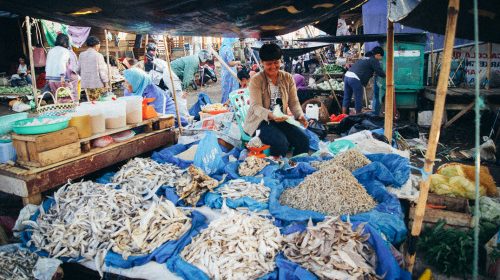 EUBULLETIN talked in an EXCLUSIVE INTERVIEW with Susi Pudjiastuti, Indonesian Minister of Marine Affairs and Fisheries.

EUBulletin: Indonesia has the second largest coastline in the world and two thirds of the area of the country consists of water. How would you introduce to European policy makers and business the most important policies and the vision of the Indonesian government with respect to maritime affairs and fisheries?

Minister Susi: For us, we don’t tolerate any more any more illegal, unreported and unregulated fishing and we also don’t tolerate destructive fishing with unfriendly environment fishing methods, like trawlers and other destructive fishing. Secondly, we closed fishing industry for foreign fishing vessels, so capture fisheries are only for Indonesian investments, but for marketing, processing, manufacture, we are open 100% for foreign investment. That is the newest policy, which is designed to sustain Indonesia’s marine resources and also to sustain the jobs for fisheries stakeholders. And we also encourage the development of education in vocational schools to boost fisheries expertise in Indonesia. Focusing mainly on fishing, processing and other related fields, we aim to increase the number and quality of vocational schools in the fisheries field to boost the Indonesian fishermen’s expertise.

EUBulletin: On 16 September 2016, WWF awarded you as one of the Leaders for a Living Planet Award, which was granted to you in recognition on your efforts as Ministry of Marine Affairs and Fisheries to forward a sustainable development in Indonesian fisheries sector, conservation of marine ecosystem, as well as her fierce crackdown on illegal fishing in Indonesian waters. What message would convey to other major fishing nations, such as Thailand, India or Morocco?

Minister Susi: Well, they have to know what happens with their marine resources, especially captive fisheries – the valuable resource that is largely gone now – if they don’t have a sustainable way of exploiting their marine resources. In the end, they have to do lots of fishing in other countries, which is classified as illegal, unreported and unregulated fishing. So, I would say they should start changing their approach – I mean I appreciate that the Thais, for example, have started to put limits on their excessively high number of boats as well as other countries have started to do the same thing.

EUBulletin: Are you referring to the notorious case on the Benjina Island from which hundreds of fishermen were rescued, stranded by an unscrupulous fishing company, and many enslaved to catch seafood for Western restaurants?

Minister Susi: Exactly here we have learned a lesson from what happened with the human traffic and slavery case in Benjina, an Indonesian island. You can read the report by the Associated Press about illegal fishing in Benjina, for which they were even awarded the prestigious Pulitzer Price, and you will know the story. We also launched the human rights compliances on fisheries industry, that’s also what we have implemented. So, not only protecting the ecosystem but also human beings from forced labour, illegal trafficking and slavery.

EUBulletin: In 2013, European Commission released first blacklisting of non-EU countries for failing to control illegal fishing and it has updated this black list regularly ever since. The blacklisting of so-called non-cooperating states is based on the EU’s 2008 regulation on Illegal, Unregulated and Unreported (IUU) fishing. How is this policy viewed by Indonesia government?

Minister Susi: In fact, Indonesia is a pioneer in combating IUU fishing, as everybody knows. This is also a part of the reason why the WWF Award was given to me because I am leading the very extreme tough measures to combat the IUU fishing. This policy ha already been implemented by our government and we are already in it – the EU policy is nothing new for us.

EUBulletin: What would be your message for foreign investors, specifically the investors from the European Union, to invest in Indonesia?

Minister Susi: We would like foreign investors to be active in fisheries and aquaculture and processing and technology, shipping yards and things like that, but not in capture fishing.

EUBulletin: The Food and Agriculture Organization of the United Nations (FAO) launched in 2013 the Blue Growth Initiative (BGI), which aims at building resilience of coastal communities and restoring the productive potential of fisheries and aquaculture, in order to support food security, poverty alleviation and sustainable management of living aquatic resources. To succeed, international coordination is crucial – how successful has been Indonesia’s coordination within the BGI with other members, including Madagascar, Senegal, Kenya, Mauritania, Morocco, Algeria?

Minister Susi: We have very close communications and always consult with the FAO about many things that we do and we have certain regulations that are in place for more environmentally friendly methods in the fishing industry, which means that source sustainability has become a very important part that is also in line with the mission to put the future of the nation in the ocean. This is the mission and vision of our president – the future of the Indonesian nation is in the ocean.