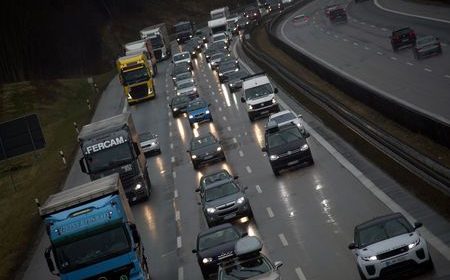 The European carmakers’ lobbying groups said on Monday (1 October) that the more ambitious cuts on carbon dioxide emissions on vehicles could do harm to the industry and have a negative impact on jobs. Their call comes right before the Members of the European Parliament are about to vote on imposing even stricter caps – 45% by 2030 – which is 15% more than the initial proposal. This will likely mean very tough negotiations with European capitals. “It will be a big battle to maintain minus 45 (percent) on the table,” commented EU lawmaker Bas Eickhout, a member of the Green group.

“The more aggressive the CO2 reduction targets are, the more disruptive the socio-economic impacts will be,” Erik Jonnaert, the head of the European Automobile Manufacturers’ Association (ACEA), explained. ACEA said that the stricter regulations could impede growth in the sector that employs around 6% of European workforce. “The stakes of Wednesday’s vote are extremely high for the entire sector,” Mr. Jonnaert said and added the production of electric vehicles is still not where it should be to sway the structure of the demand.

To facilitate the process, the governments need to invest more in charging infrastructure and related incentives. In contrast, environmentalists welcome the stricter laws, saying that they are necessary to decrease the greenhouse emissions, which are still rising. The EU seeks to reduce pollution by 40 percent by 2030 compared to 1990. Altogether, the EU has set more than 130 separate environmental goals to be met by 2050 to support Europe’s transition towards a “green economy”.