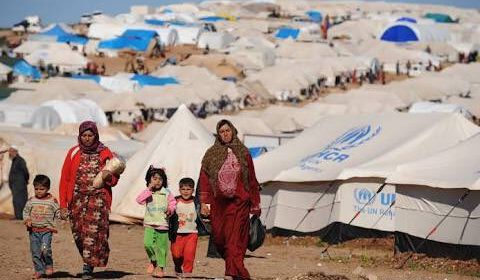 20 June marked the United Nations’ World Refugee Day and nonprofit organizations used the occasion this year to issue messages to European leaders ahead of a summit on 22-23 June, which will address the migration flows across the Mediterranean. The United Nations and its refugee agency UNHCR as well as many civic groups annually use the World Refugee Day to raise awareness about the millions of refugees and internally displaced persons worldwide who were forced to flee their homes due to war, persecution, and conflict.

The European Union estimates that about 65.6 million people forcibly fled their homes in 2016 and 10.3 million individuals were newly displaced due to conflict and persecution, which is an equivalent of one displaced person every second. More than half of the refugee population is children. To tackle the pressing issue, the EU has allocated about 87% of its humanitarian assistance to help displaced persons.

As Europe has been trying to address an unprecedented flow of migrants, the lines between refugees and economic migrants have been increasingly blurred. Especially Central European countries – Poland, Hungary and the Czech and Slovak Republics – have been criticized for having a cold heart and refusing to let any refugees in their countries. Germany, in contrast, has accepted the biggest number of refugees and asylum-seekers mostly from Syria, although even this number is very small compared to the top recipients such as Jordan, Lebanon and Turkey. The Spectator Index estimates that Turkey is home to about 2.7 million, Lebanon to 1.1 million and Jordan to about 657,000 Syrian refugees.