Council of Europe: Preventing Tax Avoidance in the EU 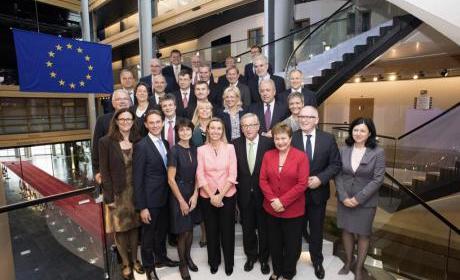 The Council has recently discussed the introduction of a draft common anti-abuse clause in the EU’s 2011 parent-subsidiary directive. The objective of the amendment is to prevent tax avoidance and aggressive tax planning in the EU in specific situations. The anti-abuse clause is written like a common EU “de minimis” rule meaning that when it is adopted, it would allow the member states to introduce stricter national rules, if they wanted, as long as they comply with the EU’s minimum requirements. EU legal documents on taxation matters must be unanimously agreed on by the member states in the Council, after consultations with the European Parliament, before they can be adopted.

All the member states agree in principle on the adoption of the clause and agree to cooperate constructively towards reaching an agreement by the upcoming Ecofin meeting scheduled on 9 December. Most EU member states back up the presidency compromise text but the Netherlands and the United Kingdom still demand an approval from their national parliaments. The Netherlands as well as Belgium have moreover said they would like to use the remaining time to clarify technical details of the text. “By adopting this directive we would make a real step forward in the fight against tax fraud, tax evasion and aggressive tax planning”, said Pier Carlo Padoan, Minister for Economic Affairs and Finance of Italy.

Once implemented, the anti-abuse law would require EU member states to guarantee that the benefits of the 2011 parent-subsidiary directive are not granted where there is an arrangement, or a number of arrangements, which are not genuine and are put in place by firms for the purpose of receiving tax advantages, rather than for tangible business reasons. When agreed, the member states will have to transpose the anti-abuse provisions into national law by the end of this year.