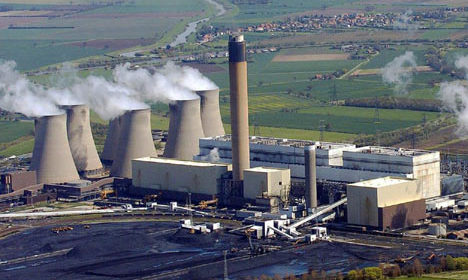 It may sound strange that a Russian state-owned nuclear company will build nuclear plants in the West and particularly in Great-Britain, the powerhouse of capitalism.
But it’s true. It is purely business and has nothing to do with old and new political brawls. Sure, it was not an easy endeavor but after a long and several rounds of behind-scene negotiations, the Russian state group Rosatom has finally reached a breakthrough. It has managed to seal an agreement with British company Rolls-Royce and Finnish utility Fortum for the building of nuclear power plants in Britain, looking forward to diversify its energy sources to keep up with growing demands.
This project, if approved by the UK regulators and nuke Watchdogs, will enable the Russians to set foot in a huge market and expand their business to other western capitals.
But the move is likely to raise serious concerns over the safety of Russian nuclear technology after the 1986 Chernobyl disaster. The project is also expected to fuel a new controversy after the recent heated debates triggered by the prospects of Chinese investments in Britain’s nuclear industry as the UK is planning a major shakeup in the power sector to open up the market to attract foreign investments.
French company EDF and Japanese Hitachi are among foreign companies vying for nuclear and energy projects in the United Kingdom which offers important investment opportunities as most of the country’s nuclear power plants will be phased out in the next decade.
Britain has 16 nuclear reactors. Most of them will be unplugged by 2023 and will be replaced by a new generation of nuclear power plants stations.
British energy minister Michael Fallon welcomed the partnership between the UK and Russia on civil nuclear cooperation. He also stressed the importance of the agreement signed between Rosatom, Rolls-Royce and Fortum, saying that the British and Russian companies are “big players in the global nuclear industry and well placed to co-operate in civil nuclear programs around the world”.
Under the terms of the deal, seminars will be organized in London for the Russians to help them understand Britain’s nuclear regulatory and the approval process for its reactor design. A meticulous process that could take up to four years before getting the final nod for this ambitious project.