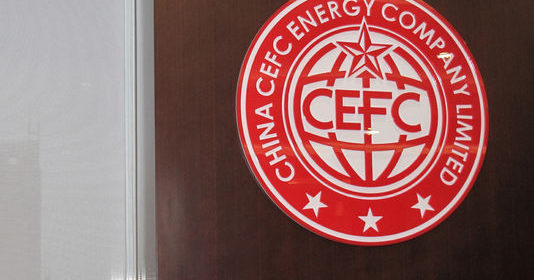 Oil company CEFC China Energy Co. has abandoned its plans for a major investment in Central Europe after the Shanghai-based company’s CEO Ye Jianming had been sidelined amid an investigation in China. The firm’s Prague office said that CEFC is no longer planning to pursue plans to lift up to 50% its stake in the Czech-Slovak holding company J&T Finance Group. J&T expressed concerns about the deal last week and the company’s spokeswoman described CEFC’s decision as a “logical step.” Mr. Ye is the latest private entrepreneur being investigated in China after leading global investment efforts.

The €800 million deal was signed in 2016 but was never granted regulatory approval from the European Union for reasons that have not been properly explained. Importantly, the deal that was meant to tighten links between the two nations would have made the Chinese company the first Chinese entity to effectively control a bank in the EU. The company has major investments and interests in Central European markets. CEFC commented that the company would continue to invest in the region as a part of Chinese leader Xi Jinping’s Belt and Road Initiative.

CEFC is a private Chinese conglomerate that is among the 10 largest private companies in China. In 2014, the firm derived revenue mainly from oil and gas (60%) and financial services (25%) but it also operates in numerous sectors like transport infrastructure, asset management, hotel management, warehousing services, real estate development, forestry, and logistics service. CEFC’s investments beyond Europe include oil production in the United Arab Emirates and Chad, on top of its last year’s deal to buy about 14% of Russia’s Rosneft.