Is the European Dream Still Alive? 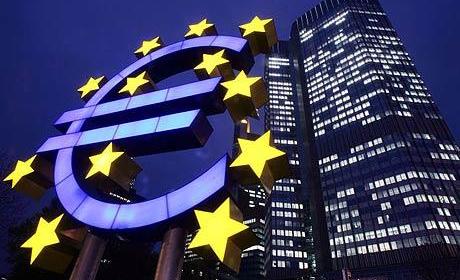 Europeans seem to have lost faith in the European dream as it was presented years ago. All opinion polls actually show that if the majority of European citizens do not necessarily want the dismantling of the European Union they no longer believe in the European dream.
Citizens in many EU countries no longer perceive the EU as a protection or solution provider but rather as a “threat,” since politicians impute all negative measures that impact the purchasing power of their citizens to Brussels. Scepticism is rising as Europe has progressively lost its meaning for Europeans and has started been associated with austerity, single economic thought, diplomatic and strategic weakness, and technological decline.
A study conducted lately in France showed that for many, the EU serves the interests of the elite not the needs of the average citizen and even in Germany, which is faring well on the economic level compared to other EU members, a recent poll showed that a majority of Germans do not trust EU institutions.
Pundits warn that the European Parliamentary elections scheduled to be held in 28 member countries of the EU in May 2014 may bring some disastrous and painful surprises with the rise of populism and the surge of nationalist and xenophobic parties and anti-European extreme rightists in much of Europe and especially in the countries most severely hit by the economic crisis and subsequent austerity measures (Greece, Cyprus…) They warn of serious consequences if European partners continue ignoring the social impact of their economic policies and do nothing to rekindle the enthusiasm of European voters.
Although reversing the trend in the current gloomy economic and social context seems rather difficult, some commentators see in the re-election of the German Königin (Queen) Angela Merkel or the Mutti (Mummy), as she is sometimes called, a window of opportunity to save the stalled European project and expect her to join efforts with France’s François Hollande to make new proposals to give a new impetus to lethargic Europe and revive the European dream.
In an interview last week with CNN, François Hollande acknowledged that “France and Germany have a special responsibility in Europe.” “Even though we have some different political backgrounds, we certainly want Europe to be at the forefront,” President Hollande said.
He expressed hope that France and Germany would take an initiative in the coming weeks so that Europe, after the Eurozone pulled out off the crisis, can now continue its reforms and at the same time grant more support to employment and growth, and have common policies in areas such as energy, digital economy.
However, many of the proposals already floated such as those concerning energy or technology innovation are abstract technocratic proposals. As they may have only a modest impact on people’s lives, they can hardly be reason enough for voters to rush to the polling stations.
Analysts claim that in order to motivate European citizens, Franco-German proposals and European proposals at large must seek to rekindle the sense of belonging to a community since this sense has progressively eroded as the EU was being more and more enlarged at a pace deemed by some as ill-managed. The new proposals should rekindle the belief that a united Europe will be stronger both at the economic and strategic levels and should also revive the principle of democracy as Europeans increasingly feel they are left out of the decision making process, that Brussels’ influence is too stifling and that powers should return from Brussels to member states.
A genuine European integration now seems to largely depend on how far both countries can go in reforming the EU and reviving the European dream.