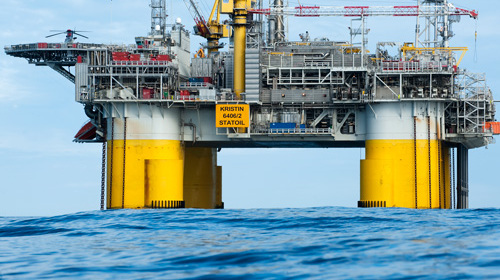 A number of new oil drilling places have been found in the Barents Sea. The so-called Ghota discovery, found by the Lundin Petroleum AB (LUPE), formed more than 250 million years ago, holds around 145 million barrels of oil. The Ghota was Norway’s first oilfield in the Barents Sea, and was for long deemed unattractive for further exploration. Ghota now offers more than 10 new drilling locations. LUPE is planning to drill two or three newly found locations at Ghota already next year.
The Austrian OMV AG has also discovered oilfields in the North Sea – about 164 million barrels of oil at the Wisting prospect – relatively far from Norway’s traditional locations, which attracted attention of other companies. “Several players are currently increasing their focus on the Barents Sea,” Teodor Sveen Nilsen, an analyst at Swedbank First Securities, commented. The interest in further explorations is vital to the industry after ten years of falling oil production.
The revival in Ghota as well as other locations is crucial for the oil industry in the country since a few firms have been planning to step back from oil and gas exploration due to rising costs and political risks involved. The Barents Sea is believed to be home to about 9 billion Sm3 o.e. (standard cubic meters of oil equivalents) of extractable oil, out of which 8 billion is situated on the Russian side, unofficial sources say.
According to the Norwegian Petroleum Directorate, the sea is believed to hold additional 7.9 billion barrels of oil in undiscovered fields. The estimate is to be updated based on the current discoveries, though the Directorate’s geologists are not certain yet how big the upgrade could be.