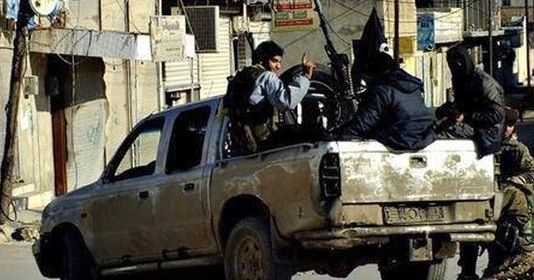 Terrorists are no more immune to the coronavirus than anyone else, though the ‚Islamic State‘ group still sees the pandemic as an “opportunity to exploit” – from issuing advisories against travel to calling for a new jihad. As governments around the world struggle to stem the COVID-19 outbreak and prevent it from further spreading, the IS militant group has increasingly looked into ways to exploit the mayhem caused by the novel coronavirusin its deadly stragegies. Thus, last week, the IS-published newsletter described the pandemic as a divinely wrought “painful torment” against “crusader nations,” a term referring to Western nations who have waged a military campaign to uproot the militant group. The piece also welcomed the coronavirus for hitting Western world so hard and placing it “on the verge of a great economic catastrophe” by restricting mobility, roiling markets and disrupting public life.
The COVID-19’s fear factor has a greater effect than the epidemic itself, the IS also pointed out, adding that it asks “God to increase their torment and save the believers from all that.” Here, the outbreak seems to be reinforcing the militants’ deadly ideology and also affecting international efforts to contain Islamic State after its military defeat last year. In addition to the moratorium on training activities due to the pandemic in the Middle East by Western nations, including NATO’s recent suspention of trainings in Iraq for 60 days, coalition members in Iraq and Syria have been forced to take precautions to prevent an outbreak among its troops. Although the measures shouldn‘t have an impact on operational continuity, as US officials suggested, the outbreak is undermining efforts to local capacity-building to deal with the militant group.
“The overall focus and attention required to continue fighting against the group will be understandably distracted,”Colin P. Clarke, a senior research fellow at the Soufan Center, has admitted. “But [IS] fighters will be vulnerable as well. The militants themselves are clearly not immune from the virus, and if they are relying on faulty medical or health information, which is possible, then they could easily lose fighters to the virus too.” Indeed, an initial advisory concerning the COVID-19 issued by the IS called on its fighters to refrain from travelling to affected areas and also to help fellow militants, their wives and children break out from prisons in the region. But with local authorities around the region distracted by the coronavirus outbreak and also the Turkish offensive in Syria, the militant group clearly sees the pandemic, with all the chaos that ensuis from it, as an opportunity to exploit.