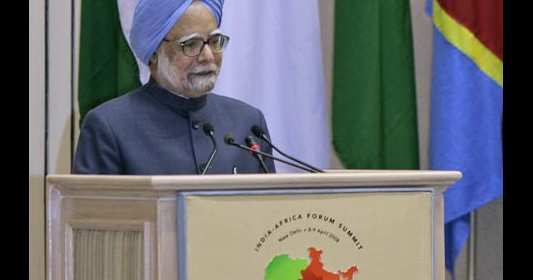 The swirling wave of political changes affecting North Africa has dramatically changed the geo-strategic dynamics of the region. India has cultivated multifaceted partnerships in terms of strong political, economic and culture linkages with all of North African countries, many of whom that are currently undergoing political turmoil – the region in currently in a real state of flux. New Delhi, whose global projection derives the major strength from its own democratic governance and economic rise, is now forced to pay a close attention to the new realities in the region.
The series of unrests across North Africa has become all the more glaring, with the ouster of Mohamed Morsi government in Egypt, which created a serious political instability while the escalating violence between the army and Morsi supporters is further complicating the political problems. Fear is rife that the country would further plunge into violence and social unrest. After months of civil war, political situation in Libya is still fragile and the country is yet to establish a stable political order and institutional set-up to ensure effective and efficient governance. The post-separation challenges facing Sudan and South Sudan have yet to be dealt with. While Tunisia’s transition towards democracy initially appeared to be relatively peaceful, the process has, however, demonstrated its own share of chequered trajectory in the recent days and weeks.
Historically, India’s relationship with North African countries has been based on Afro-Asian solidarity against colonialism and equality among the comity of nations. Although historical linkages remained intact, trade and economic relations have attained prominence in India’s partnership with Africa. India’s Africa policy is primarily intended to harness the opportunities in areas of trade, investment, technology transfer, information and communication technology, energy and natural resources being the prime areas of attraction.
Estimates show that North Africa has huge oil and natural gas reserves. For example, Algeria has the largest reserves of natural gas, followed by Egypt that is the largest non-OPEC oil producer on the African continent (EIA Sources). Indian Inc. has been investing billions in areas of energy and natural resources in many of the region’s countries in recent years. To spur its high growth rate, India considers North Africa as a major source of energy and minerals – for instance, around one-fifth of India’s crude oil imports comes from Africa including North Africa. Indian national oil companies, such as ONGC Videsh Limited (OVL), i.e. overseas wing of the Oil and Natural Gas Corporation, have invested in equity assets in Sudan, Libya and Egypt.
Trade and economic development warrants political stability, peace and security. Current state of violence and political uncertainty appears to be detrimental to India’s trade and economic relations. There is the usual anxiety in India to stand by and watch the unfolding state of affairs in the region. India’s total trade with North Africa stands at more than US$ 12 billion in 2011-12 while its trade relations with Egypt were worth around US$ 5,5 billion for the same period. India’s main imports from Egypt are oil and gas. During Morsi’s state visit to New Delhi, India and Egypt explored new vistas for cooperation – in particular, the Egyptian president expressed his country’s desire to join the BRICS (Brazil, Russia, India, China and South Africa) and expand economic and defense cooperation with India.
Despite substantial economic interests in the region, India appears to be cautious in its response to the unfolding crisis, particularly in Egypt. It urges all political forces in Egypt to ‘abjure violence and exercise restraint’ and opines that current situation should be resolved through ‘a conciliatory dialogue’.  The division of Sudan has created operational problems for Indian companies that have invested in Sudan. Public sector enterprises, namely Bharat Heavy Electricals Ltd. (BHEL) and OVL, which originally made a substantial investment in the then-united Sudan, are confronted with the problem of dividing their assets in both parts of the country. Apart from trade and investment linkages, India plans expand and consolidate its role in the reconstruction and development projects – New Delhi’s experience and expertise in basic service delivery, e-governance and public health would be highly useful for these restive countries.
There is no easy way to assess the overall regional unrest and predict its future trajectory, especially when it comes to the unfolding scenario in Egypt and emerging political (dis)order in other countries recently undergoing popular uprisings. Since the region is important for India in multiple terms, New Delhi should prudently analyze the situations and take decision in its ‘enlightened’ national interest that does not lose sight of the aspirations of the people in the region.