Clouds Gathering over the “European Cloud” 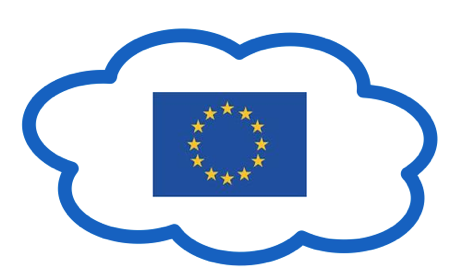 The European Commission announced yesterday (28 October) that it was setting up new expert groups to advise on security and business related-issues to speed up the establishment of a unique “European cloud” capable of challenging global rivals in a field where the EU has been lagging behind. U.S.-based cloud service providers – including Google, Amazon and Microsoft – currently account for the lion’s share of cloud services, with around 85% of global markets. This Expert Group is to work on safe and fair terms for cloud computing contracts, to identify best options for consumers and small companies, often reluctant to purchase cloud computing services because contracts are unclear.
The Commission aims to enhance trust in cloud computing services and unlock their potential for boosting economic productivity in Europe. The group will comprise academics, lawyers, and consumers and providers of cloud computing services. This project is one of the key actions under the Commission’s Cloud Computing Strategy, which was adopted last year and is meant to tackle cloud-related issues. To that end, the “European Cloud Partnership” – a group of industry and public sector stakeholders with a steering board – which advises the Commission on options for converting cloud computing into economic growth opportunities, will set about a more commercial strategy to unleash European cloud services.
However, the drivers to push for a specific “European cloud” are controversial because they come in the wake of a reduction of US cloud services caused by the U.S. espionage Prism scandal. A recent survey conducted with members and other cloud computing stakeholders about their reactions to the US Prism spying scandal revealed that 56% would be less likely to use a US-based cloud computing service. It’s been predicted that US cloud computing providers might lose as much as €26 billion by 2016, equivalent to the loss of 20% of its share of cloud services in foreign markets. And it is exactly the issue of trust that may pose a big challenge to the “European cloud” project – in the words of Neelie Kroes, the EU’s digital agenda Commissioner, “If European cloud customers cannot trust the United States government, then maybe they won’t trust US cloud providers either.”
These are all sensitive issues in the context of the EU’s ongoing negotiations with the U.S. for the Transatlantic Trade and Investment Partnership (TTIP), where rivalry between the two trade blocs in the critical booming data sector threatens to prevent both parties from reaching any deal. The real challenge for the EU over the next few weeks will be finding a balance between pushing for Europe’s own cloud capability, without appearing to freeze out rivals unfairly.