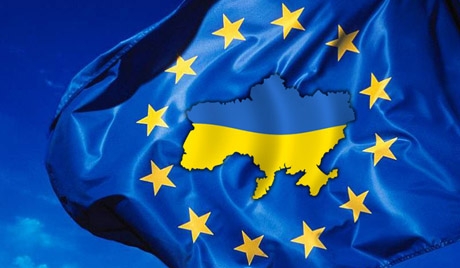 Following large demonstrations in Ukraine for the support of the pact with the European Union, German Chancellor Angela Merkel assured that the EU would stay open to Ukraine and urged Russia to allow Eastern European countries to make their own decisions regarding the EU integration. Merkel’s words came yesterday, just a day before today’s launching of the EU’s Eastern Partnership Summit taking place in Vilnius. The summit should host about 20 EU leaders including Merkel and its main purpose is to envisage future cooperation with the countries outside of the EU’s eastern border.
Chancellor Merkel might be only one among many EU leaders, but given her strong position in the 28-country block as well as very good trade relations, her words are believed to have at least some impact on Moscow. Moreover, she is going to meet Ukraine’s Prime Minister Viktor Yanukovitch, who announced last week that he would not sign the association and trade agreement with the EU. Mr. Yanukovitch is currently under attack from many sides. For instance, the leader of the Ukrainian opposition, Arseny Yatsenyuk, told journalists that Mr. Yanukovich had exchanged his signature on the Ukraine-EU deal against guarantees from Russia concerning his re-election in 2015, lower gas prices, and $20 billion.
In response to the ongoing discussions, Mrs. Merkel emphasized that both the EU and Germany have to talk to Russia. She said that the Cold War is over and Russia must forget about cold-war-like mentality and zero-sum games. Nonetheless, she added that Europe needs Russia as we still do import their gas.
Despite current failures, EU leaders are still trying hard to salvage what could still be implemented in a wide range of measures and technical assistance, including potential financial aid for near-bankrupt Ukraine. More specifically, Germany and the International Monetary Fund (IMF) promised to offer about 500 million EUR if Ukraine does its homework.