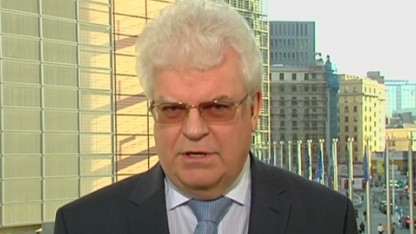 Russia and China are starting off two major joint projects – a gas pipeline and a Crimea deep water port whilst the European Union and United States are considering more stringent economic sanctions. Russian Ambassador to the EU, Vladimir Chizkov, said that works on the Chinese construction of a 25-meter-deep Crimean port and the “Power of Siberia” pipeline are moving at a normal pace despite the crisis in Ukraine. Mr Chizkov described the pipeline as a “mega project” that will transfer 60 billion cubic meters (bcm) of gas every year from Tchayandiskoe and Kovykta drilling sites to Russia’s Far East, including a branch that will pump about 38 bcm annually to China. He pointed out that the Russian oil giant Gazprom and the Chinese CNPC have a “legally binding” deal from 2013 that exploitation of the Tchayandiskoe gas field ought to start in five years’ time. Yet, one crucial thing is allegedly still pending – the price. Gazprom and CNPC are holding talks on prices and an agreement is expected to be finalized soon.

The “Power of Siberia” project mostly targets the delivery of gas from Russia to the emerging industries of the Russian Far East. The export of gas is therefore deemed an important factor that enhances the economic side of the project but not necessarily a factor that improves the prerequisite for the very realization of the project. At the same time, plans for Chinese companies to build a 25-meter harbor in Crimea are also moving ahead with the new port hoped to become part of “a new transport corridor from Asia to Europe” – “The Economic Belt of the Great Silk Route”.

Ambassador Chizkov added that the Crimean crisis is doing very little to stop business from moving on. His confident statements came just before the high-level talks between Ukraine, Russia, the EU, and the US in Geneva on Thursday (April 17). Both Brussels and Washington have already warned that they will blacklist more Russian companies and individuals unless Moscow de-escalates by withdrawing its forces from the Ukrainian border and by denouncing radicals in eastern Ukraine. The EU has moreover threatened that it would impose economic sanctions on Russian banking, minerals, high-tech firms, and energy if Russian troops invade mainland Ukraine. Yet, the allies of the NATO have already stipulated that they will not enter an open military confrontation with Russia no matter what Moscow will do to Ukraine.