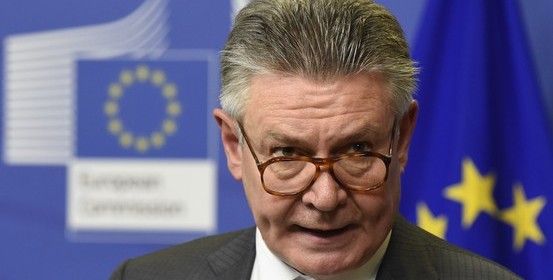 The European Union on Friday (11 July) expanded the Ukrainian sanction blacklist by adding additional 11 people who were slapped by an asset freeze and a travel ban. The 11 “newcomers” are reportedly linked to the issue of separatism and violence in Eastern Ukraine. The expansion thus increased the total number of those blacklisted to 72 including two companies based in Crimea whose EU bank accounts had been frozen earlier. The official statement commented that the Council had decided to expand the list of persons subject to targeted sanctions on the grounds of undermining Ukraine’s sovereignty and territorial integrity. The decision came in the view of continuous deterioration of the situation in the Crimea and Eastern Ukraine.

Allegedly, the 28 member states were initially not able to agree on the final version of this amendment to the blacklist as some members – mainly Britain, Latvia, Lithuania, Poland, and Sweden – were in favour or targeting senior and high-profile officials – whereas other countries questioned whether it was indeed a proper response. At the end of June, EU leadership urged Russia to change its course in the Ukrainian crisis or face more severe sanctions. So far, Brussels has not dared to introduce outright sanctions on economic sectors despite strong encouragement of Washington.