EU Enlargement to the Western Balkans: Out of Sight, Out of Mind? 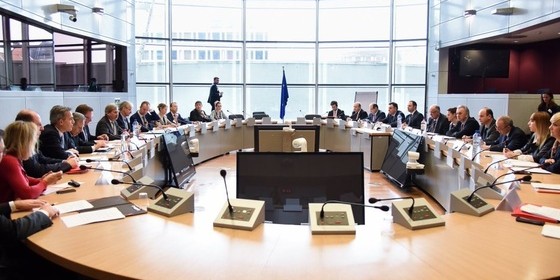 In the past, the European Union has faced a variety of problems and many times there were voices warning against its imminent breakup. The refugee crisis is currently on top of the agenda, which means that the issue of EU enlargement is not the number one topic. Nonetheless, when it comes to the EU enlargement towards the Balkans, Junker’s Commission has similar objectives and conditions as Barroso’s Commission: namely a functioning state based on the rule of law, respect for fundamental human rights and freedoms, strengthening of democratic institutions, economic development and competitiveness. The current European Commission, however, puts more emphasis on the effective implementation of the EU legislation. The required priorities have only a short-term character and no long-term requirements can therefore be found in the EU enlargement policy.

The EU should also concentrate more on the potential candidate countries, which would address the widening gap between the candidate countries and the potential candidates. Importantly, the European Commission ought to further support the enlargement policy, because otherwise the candidate countries will lose their incentives to carry out the much-needed domestic reforms. The European Commissioners should moreover be the ones who seek to convince the general public that the EU enlargement is beneficial for both sides – the new members and the existing members – while also trying to avoid the politicization of the EU enlargement. The current situation in which the attitudes of individual Member States to the process of EU enlargement are quite inconsistent with each other is also undesirable. Some experts also believe that the recommendations for the candidate countries should be more specific. Last, but not the least, should not the European Union set clear targets that will not be changed in the future?

(The study can be downloaded here: http://www.europeum.org/en/articles/detail/314/eu-enlargement-to-the-western-balkans-out-of-sight-out-of-mind)