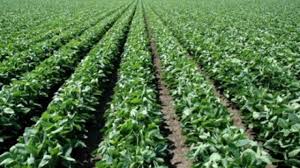 The European Commission has decided to provide additional 30 million euros to promote programs of the common agricultural policy (CAP) starting in 2015. The amount should come up on the top of 60 million euros that are part of the CAP annual budget.

The extra money aims to mitigate negative consequences of the economic “war” with Russia focusing on certain agricultural products. This new policy will be launched with the promotion programs that must be submitted by the end of this month. EU Commissioner for Agriculture and Rural Development, Dacian Ciolos, said that the promotion programs were one of the CAP instruments to address the market difficulties across different sectors in a medium run. The program should help those producers who are looking for new markets and sales outlets outside the EU as a result of Russian sanctions. As these programs are co-financed by the promotion organizations themselves, the scheme is expected to be worth at least 120 million euros in total as of 2015. Commissioner Cialos strongly encouraged all agricultural organizations to take the most out of this opportunity.

The new wave of financing comes on the top of the aid that was provided for the sectors producing nectarines and peaches (33 million euros) and other perishable fruits and vegetables (120 million euros). Other sectors, such as skimmed milk powder, butter, and cheese, have also asked for similar support in addition to the support for the entire sector. Every year, the EU allots about 60 million euros for similar programs, which are then awarded in two tranches. The EU finances up to 50 percent of the cost of such projects while the rest must be covered by inter-branch or other professional organizations. This time, the Commission has decided to prioritize support for those products that would have normally been exported to Russia.