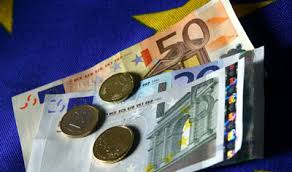 The European Parliament endorsed the anti-laundering directive under which the ultimate owners of the companies will have to be listed in central registers in EU countries. The registries will be open to authorities, financial intelligence units, and individuals having a “legitimate interest” (for example investigative journalists). The “legitimate interest” in money laundering, “predicate” offences and terrorist financing will, however, have to be proven by organizations as well. The new rules are meant to help deal with tax evasion, terrorist financing and other financial crimes by making it easier to trace transfers of money.

The directive will, for the first time, make central registries of information obligatory for EU Member States. The registries will include the “beneficial owners” or companies, trusts and other legal entities. The new law also requires auditors, financial institutions, casinos, lawyers and real estate agents to report any suspicious money transfers and transactions made by their clients. The directive moreover includes the rules on “politically-exposed” persons who are defined as individuals with higher than usual risk of corruption due to the political positions, such as members of government, Supreme Court judges, heads of states and their family members. The text therefore presupposes the possibility of involving more measures in the high-risk business operations with such individuals.

On top of the directive, MEPs also approved a “transfer of funds” regulation, which should improve the traceability of payers and payees and their assets. EU Member States now have two years to introduce the directive into their national laws. Estimates suggest that money laundering accounts for as much as 2.7 percent of the world’s gross domestic product and as such it is a challenge for both governments and the legal sector to eliminate this illicit activity. Building a common register of owners of companies can help unveil secrecy of offshore accounts and aid the fight against tax evasion and money laundering.