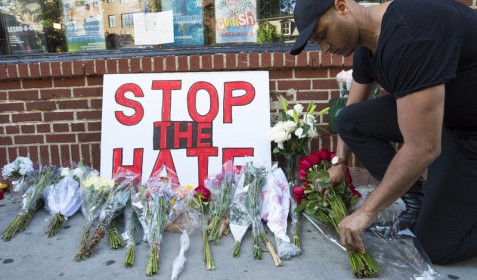 EU President, Donald Tusk, and President of the European Commission, Jean-Claude Juncker, have sent their condolences to US President Barack Obama on behalf of the citizens of the European Union following the mass shooting that took place in a night club frequented by people from the LGBT community in Orlando, Florida.

The EU representatives expressed their deepest condolences to the families, friends and community of the victims of the attack as well as to the population of Orlando and all those affected by this terrible event. “This was an attack on all Americans who share the values of equality and freedom; this was an attack on the very way of life which we treasure on both sides of the Atlantic,” the letter said.

The EU leaders further said that both the United States and Europe have been repeatedly under attack in the last months but each time – they emphasized – both sides “have stood up again and reached out to each other in solidarity, as true allies.” Mr. Tusk and Mr. Juncker reassured President Obama of the EU’s continued support, assistance and cooperation in “combatting those who seek to challenge the common values we hold dear.”

The massacre that took place on last Sunday was carried out by an American-born man who pledged allegiance to ISIS, although there has been no claim of responsibility for the attack on jihadi forums. The mass shooting which claimed the lives of 50 people, including the gunman himself, was the deadliest mass shooting in the United States modern history and the nation’s worst terror attack since 9/11.