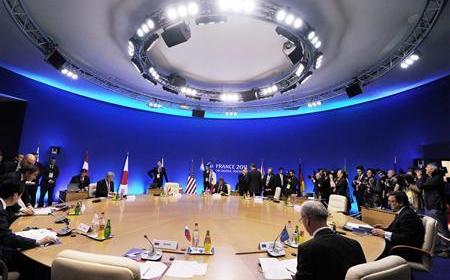 Arab countries in transition (Egypt, Tunisia, Morocco, Libya, Jordan and Yemen) have made their case in London before G8 aid donors and investors from the Oil-rich Gulf countries.
At a conference held on Monday (16 Sept.) in London within the framework of the Deauville Partnership initiative set up by the G8 summit of 2011 to help Arab countries weather the political, social and economic storms triggered by the Arab Spring, government representatives from six Arab countries spoke of investment opportunities and challenges they are facing.
They said also spoke of the difficulties in attracting investment, and the actions that they are taking to improve their business environments.
In his opening address, Foreign Office minister for the MENA region, Alistair Burt said the changes sweeping the Middle East and North Africa since 2011 are “the most significant international development so far of the 21st century”.
These “changes have taken different forms in different countries, but they share common “demands for legitimate rights and respect for individual dignity”, said the British minister, who replaced William Hague, the foreign secretary called for a an emergency meeting in Paris on Syria.
Taking the floor, Sir Suma Chakrabarti, president of the European Bank for Reconstruction & Development (EBRD), co-organizer of the London Deauville partnership conference along with the Islamic Development (IDB), expressed EBRD’s commitment to Egypt, Jordan, Morocco and Tunisia.
“When the EBRD was first asked to become part of the international response to the political changes in North Africa and the Middle East, we were under no illusions about the challenges that lay ahead”, said the bank’s Chief.
“Twenty years of supporting transition in eastern Europe and the former Soviet Union have demonstrated just how complex this process can be”, he added, saying “we have learned many important lessons in our work there, which we now bring to our engagement in MENA”.
For his part, Dr. Ahmed Mohamed Ali Al-Madani, president of IDB voiced support to the six-Arab countries in transition, stressing the importance of restoring investors’ confidence to enable them contribute to the development of these countries and meet the aspirations of the peoples of the region
He also said that the IDB stand ready to work closely with Arab countries to improve their investment climate and promote investment opportunities.
Other speakers also took the floor to stress the importance of the private investment to spur growth and job creation, saying the challenges facing many Arab countries offer also new opportunities for businesses that are willing to invest the region.
According to some experts, there are opportunities not only in the traditional sectors such as energy, but also in the energy industries such as ICT and high-end manufacturing. By creating jobs and transferring skills and know-how, investment in these sectors can unlock long-term growth and prosperity across the currently troubled region.
In spite of all immediate challenges, economic prospects for the Arab world are promising and the private investors are certainly able to turn promise into reality.
The conference brought together ministers, business leaders, investors and senior government officials from across the G8, the Arab Countries in Transition and Deauville regional partners (Saudi Arabia, Qatar, Kuwait, UAE and Turkey), as well as the major International Financial Institutions.
The Deauville partnership vision of generating job creation and prosperity for the people of the Arab countries, is long term; it is not about investment today but about investment in the future, inclusive growth with shared dividends.