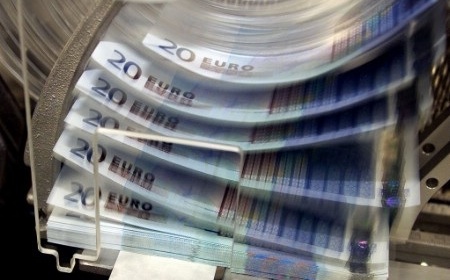 According to Greek Prime Minister, Antonis Samaras, Greece will end year 2013 in a budget surplus before interest costs, which will make about 340 million EUR.  The primary surplus is optimistically expected to rise up to 2.8 billion EUR in 2014, and both in 2013 and 2014 the deficit should be around 2.4% of GDP.
These positive results follow to a large extent the conditionality measures connected to a 240-billion loan from the eurozone and the International Monetary Fund as well as ‘Greek society’s great sacrifices’ – Greece’s Finance Minister added. The eurozone’s finance ministers have already positively assessed the results of Greek fiscal management as satisfying and envisage further financial stimulus to help Greece reach a debt-to-GDP ratio of 124 percent of GDP in six years’ time. Prime Minister Samaras has also urged the eurozone countries not to procrastinate and provide Greece with additional kick-off.
Greek economic growth rate has also reflected the ‘fiscal sacrifices’ and the country is expected to grow moderately by 0.6 percent next year as compared to six years of shrinking prior and including year 2013. The current budget plan is based on projected growth rates as well as on the new tax legislation that the Greek Parliament passed last month.
The recent developments in Greece have been recently endorsed by the IMF’s Christine Lagarde, who commended “Mr. Samaras on the progress that Greece has made under its economic program towards fiscal sustainability, restoring competitiveness and financial stability, and stressed the importance of moving forward on institutional and structural reforms and implementing a robust 2014 budget to achieve the program’s objectives.”  Ms. Lagarde added that the IMF remains committed to helping Greece in this endeavor.