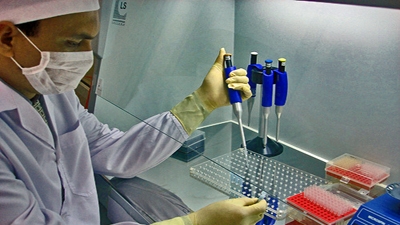 On 27 December 2017, the Skopje-based Institute for Strategic Research and Education published a study showing that 69 percent of lecturers, assistants, and researchers working in Macedonia’s higher education system would consider leaving the country to seek new employment opportunities, and that 20 percent of them had already applied for a job abroad. A study conducted in Macedonia in 2010 estimated that, during 1995-2000, the number of scientists and researchers in the Western Balkans had decreased by 70 percent.

However, it is not only professors and teachers who are leaving these countries; a high number of doctors and other medical workers are also moving abroad. In Bosnia and Herzegovina, the national medical workers’ association reported that around 300 highly qualified doctors left Bosnia and Herzegovina in 2016. The number of doctors who emigrate may be even higher, given the fact that some of them leave the country immediately after completing their medical education – and so never register in official workplace statistics.

Education and healthcare are not the only sectors that suffer from brain drain. Engineers, information-technology experts, and workers with a vocational education are also leaving the region in massive numbers. The Organization for Economic Co-operation and Development (OECD) projects that Serbia will lose around $9 billion as a direct result of brain drain in the science, technology, and innovation sectors. This figure is based on the number of people departing and the calculated costs of their education, as well as the fact that immigrants working in the technology sector normally earn above-average wages. This leaves the public sector in fear as citizens panic that they will be unable to access adequate services.

In 2008, the global economic crisis damaged the region’s economy, forcing governments there to adopt austerity measures that prevented significant growth. As the Economist Intelligence Unit observed, “in 2012, GDP in the Western Balkans was still almost 10 percent below its 1989 level, whereas it was almost 60 percent higher on average in the countries that joined the EU in 2004–07.” Given such a stark absence of visible progress, there is a profound feeling within the Western Balkans that nothing will change, which prompts the citizens of the region to move to other countries. According to the latest census, around 3.8 million people live in Bosnia and Herzegovina, about half of whom have indicated they would be prepared to work abroad – the highest proportion in South-Eastern Europe. A similar sentiment prevails in Albania, which experienced significant levels of emigration between 2011 and 2016.

Yet – contrary to the mainstream view – citizens depart the region not only due to economic hardship and a slow transition but also for more complex reasons. A recent survey in Croatia, which joined the EU in 2013, found that the most common triggers of emigration are corruption, primitivism, religious chauvinism, and nationalism. According to official statistics, 36,436 people left Croatia in 2016. Although many hoped EU accession would provide enough incentives for people to stay and thrive in Croatia, as has occurred in Bulgaria and other countries, the process appears to have only accelerated emigration even more. The absence of a region-wide political debate on migration is very clear. Whether because they are morally embarrassed, incompetent, or just indifferent, political leaders in the Western Balkans have yet to begin unpacking the question of why people leave, let alone address the problem.

The EU has repeatedly expressed its concerns about high levels of emigration from the Western Balkans. For instance, European Commissioner Johannes Hahn said in November 2016 that “our aim is to stop the brain drain from the region, to give the region a perspective” Yet, according to the available data, the EU profits from this emigration a great deal. Germany stopped accepting asylum applications from citizens of Western Balkans states in 2015. Since then, it has extensively relaxed its immigration laws for skilled workers from the region. In 2016, Germany welcomed only 40,000 new qualified workers, partly due to the language barrier and bureaucratic hurdles many immigrants face.

Countries in the region have struggled to respond to large-scale emigration partly due to a shortage of reliable empirical studies – and therefore reliable data – on its effects on human capital and growth. Knowing whether a country lost 1 percent or 11 percent of its population in a year dramatically changes how a government addresses the challenge. The few studies there feature widely varying figures. For example, the World Bank concluded that around 447,000 Macedonians lived abroad in 2010, while a European Commission report put the figure at around 544,000 for 2011 – an implausibly large rise, which creates considerable uncertainty for policymakers.

In the short term, policymakers will continue to lack reliable data on emigration from the Western Balkans, and have no realistic means of altering major trends in migration. However, they can still adopt proactive policies that ease economic pressure on the region, increase market access for citizens, and promote circular migration. In doing so, they need to acknowledge the limitations on their ability to control emigration, whose volume is often a product of conditions in destination countries.

‘The Way Back: Brain Drain and Prosperity in the Western Balkans’ – Policy Brief by Alida Vracic – European Council on Foreign Relations / ECFR.