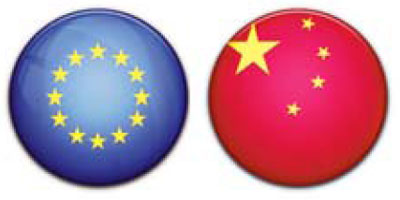 Scotland Could Lose £1billon from Independence in Europe
Brian Biggs (New Direction)
An interesting study of a think-tank called the New Direction calculates how much would Scotland cost its independence from Great Britain with respect to its relationship with the EU. Most likely, the independent Scotland would lose rebate (rebate of contributions to the EU budget), which was a major concession negotiated for the UK in 1984 by Margaret Thatcher –currently, thanks to the rebate, Scotland saves around £295 million per year (€354 million). An independent Scotland would also have to contribute, together with other Member States, to Great Britain’s rabate the amount of £46 million (€ 55 million) per year. The rebate was confirmed by the Treaty and no other state in the EU has been granted the same right.
There is heated debate in the EU regarding the independent Scotland. The European officials headed by Manuel Barroso have stated that Scotland would have to apply for EU membership as a new member. And as every new member, Scotland would have to commit to entering the eurozone and the Schengen area. On the other hand, the Scottish National Party assumes that Scotland membership in the EU will be “inherited”. Nevertheless, even in this case, its membership in the EU will require the unanimous approval of the other Member States.
Any costs associated with the establishment of the Schengen border along with the costs of a regime change for the people of Scotland commuters travelling for work to the rest of the UK could reach about €92.5 million to €125.7 million, depending on whether Scotland gets financial help from the EU to create a compatible Schengen border. These costs should also reflect losses that would hit the Scottish tourism and the costs associated with the establishment of the EAW (European Arrest Warrant). However, the highest costs would be brought about by the adoption of the euro and the subsequent costs of transactions and trade with the rest of the UK, which is the largest trading partner of Scotland (562 million € per year). High costs are associated with the loss of entitlement to the aforementioned rebate – those would be around € 409 million per year. The total costs of Scotland’s independence are therefore hovering at around €1 billion per year. Last but not the least, the analysis also assumes that up to 17,000 jobs would disappear.
(The study can be uploaded here:http://newdirectionfoundation.org/content/scotland-could-lose-%C2%A31-billion-year-independence-europe)

EU-China: The Next Ten Years
Sebastian Moffett (Friends of Europe)
Friends of Europe, a Brussels-based think-tank, gives a summary of the contributions that were presented at the 3rd Forum between China and Europe (Europe-China Forum). The Chinese Premier, Li Keqiang, acknowledges that since its inception a decade ago, the Sino-European strategic partnership has progressed and deepened. He also points out that China and the European Union must base their relationship on good business relations which have already been created, and should especially promote bilateral investments, as well as cooperation in the areas of finance, technology and urban planning. He argues that the recent Chinese decision to deepen the reform efforts will lead to a further opening of the country’s economy. Facilitation of trade, especially in the area of high-tech products, will contribute to the deepening of China-Europe relations.
At the recent summit in Beijing, the strategic agenda 2020 calling for a more comprehensive and deeper cooperation between both partners was adopted. Negotiations on investment agreements that would further deepen the relationships, which are now heavily focused on trade, are reportedly about to be launched. EU investments in China account for only 2 percent of the global European investment. On the contrary, Chinese investments represent only 2 percent of the total volume of investments´ flows into the EU. Still, the volume of trade has flourished, as it soared from € 125 billion in 2002 to 434 billion euros in 2012.
Although progress has been made, in his speech, the President of the European Council, Herman Van Rompuy, called for increased cooperation in the field of international security. As successful examples of EU-China cooperation in the area of international security, he highlighted the recent negotiations with Iran on the nuclear program, or the fight against Somali pirates. However, both partners are also aware that, from time to time, the relationship will be put to test by mutual conflicts and tensions – yet, since these will be the side-effect of the close trade ties, Brussels and Beijing will be able to manage them.
Other areas also provide a space for mutual benefit. For example, the European experience with urbanization could bring benefits to China. As hundreds of millions of people in China will in the coming years be migrating from rural areas to the cities, this process will pose a challenge for the transport system, sewerage and water supply. At the same time, while China needs to create new jobs, which will present an opportunity for the investments from European small and medium-sized enterprises. These would like to invest in China, but they often do not understand the complexities of the business environment in country. Specialized demonstration sites to show SME how to do this should be created to help eliminate this problem.
(The study can be uploaded here:http://www.friendsofeurope.org/Contentnavigation/Events/Eventsoverview/tabid/1187/EventType/EventView/EventId/1230/EventDateID/1237/PageID/6613/EUChinaThenexttenyears.aspx)