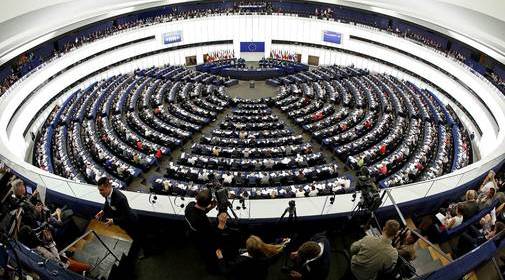 In a final vote, the European Parliament passed a new legislation, with 570 MEPs in favor, 88 against and 13 abstentions, creating a €55 billion fund financed by the banks themselves. The new rules in cases where public money needs to be used for winding down banks also gathered a similar majority, namely 584 votes in favor, 80 against and 10 abstentions. Importantly, MEPs also won one key concession from governments during final negotiations: it is a speedier mutualization of the fund, which will be comprised of domestic bank levies paid into “national compartments”. Forty percent of the fund is to be mutualized in the first year, 20 per cent in the second year, the rest equally over a further six years. The new legislation also stipulates for an obligation for EU countries to guarantee up to €100,000 in any savings account, but there is no common backstop in case they fall short. Michel Barnier, the EU Financial Markets Commissioner, commented on the successful vote that “we now have in place a true European system to supervise the Eurozone banks and deal with any future failures.”
Single supervision of the 130 largest Eurozone banks – being the first element of the ‘banking union’ – is scheduled to become operational in November 2014 within the European Central Bank (ECB). While the resolution mechanism will be independent, it will take advice from the ECB regarding when to step in to help or to close down a troubled bank. The size of the fund and its gradual formation have raised concerns among critics that it is insufficient to deal with some of the major European banks if ever they get into difficulties. Last week, the International Monetary Fund (IMF) said EU leaders should accelerate work on the banking union and fill the gaps that are likely to be discovered by a comprehensive audit of the biggest banks’ balance sheets. Meanwhile, Green politicians also expressed their skepticism about the use of these measures as long as banks are “too big to fail”. EU Member States now have two years to transpose this bill into national law.