ASEAN’s Relations with the European Union: Obstacles and Opportunities 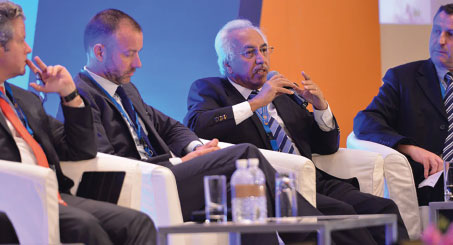 If we review the whole history of EU-ASEAN relations from the 1970’s till the 2000’s and not just look at the present, we can discover that in the 1970’s and 1980’s the relationship between both sides could be described as friendly and very much focused on trade, investment and development aid. There was nothing controversial. It was era where ASEAN took advantage of the EC’s Generalized System of Preferences for its exports into the Common Market. It was era where the foundation was laid for the relationship symbolized by the 1980 EEC-ASEAN Trade and Cooperation Agreement. We could say that this was period of opportunities.
However, things turned to disputes over human rights in the 1990’s, situated at the end of the Cold War, when Europe took greater interest in the promotion of human rights world-wide, including in East Timor and Burma/Myanmar. The only one area where there was good cooperation was over peace in Cambodia where the EC/EU supported ASEAN to take lead and the Asian-Europe Meeting was established in 1996.
In the 2000’s, the situation brightened up with an EU’s decision to de-link Burma/Myanmar from EU-ASEAN relations, and with the terrorist attack in New York and Washington, D.C., on 11 September 2011 which brought the two sides together by creating a bond based on cooperation to fight the threat of terrorism. The rest of 2000’s was very much focused on the new push over trade, especially in the wake of the failure of the Doha Round. Both sides tried to negotiate a block-to-block Free Trade Agreement but after they failed in this endeavor, both partners opted to negotiate bilateral free trade agreements between the EU and individual ASEAN countries. One could say that the 2000’s has been an era of opportunities as relations warmed up especially with the opening up of Myanmar and with the release of Daw Aung San Suu Kyi from house rest. Both sides currently seem to be on the same page.
When reflecting on ASEAN-EU relations, my primary concern is how ASEAN can be a more equal partner to the EU and particularly how ASEAN can stand on its own feet and not be like a beggar asking for foreign assistance. I would like to see ASEAN countries that can work together, going beyond their national interests, and building an ASEAN regional community. The richer ones like Singapore and Malaysia must bank in more into ASEAN to make it viable. They should be the ones to lead in narrowing the gap with the poorer ASEAN countries and not relying on the EU and any other foreign country to bring in foreign assistance.
To build this ASEAN regional community, the ASEAN Charter is the first step but there must be a willingness to pool sovereignty together, to be ready to interfere with one another. To that end, there is a need to re-organize and pull together all the ASEAN economies into a Single Market and to stop protecting and defending one’s favourite sectors of the national economy. But a stronger ASEAN will only arise from a stronger ASEAN economy. This is the basic element of an equal partnership with any foreign country. There needs to be a greater and closer economic integration to reach a sufficient level of self-reliance and lower degree of dependence on foreign markets. There must also be a political centre that promotes the ASEAN state which should logically be the present ASEAN Secretariat, though one that is upgraded to some kind of supranational body, empowered to push through ASEAN-wide legislations to bind the ASEAN economies and states via ministerial decisions. I am, of course, inspired by the EU here but it is easier to tell a dream than to turn it into a reality. Yet, admittedly, we need dreamers to find a vision.
Why such a dream of ASEAN integration? We are living in a globalised world and the small countries of ASEAN, Indonesia, of course, being an exception, cannot individually achieve what they want, establish a strong position in the global community, and not be pushed around. It is by integrating that they can overcome the disadvantages of being small. Each ASEAN country is now facing a stronger European Commission in trade negotiations. It allows for a ‘divide-and-rule’ policy on the part of the EC if it chooses to employ this centuries-tested strategy. In fact, the text of the bilateral FTA and the PCA are put forward by the EC – it is not the initiative of any ASEAN country. Has any ASEAN country come up with a counter-text to that of the Commission for negotiations? Effective and efficient integration is very important and necessary if Southeast Asian countries want to realize their own, have place and role in regional or world politics and economics.
All in all, I strongly believe that ASEAN must get its house together. Only ASEAN Member States going beyond their national self-interest, ready to pull their resources together and to rise and sink together, can be on a more equal footing with any third country or grouping, notably the European Union. The prospects for future EU-ASEAN relations are relatively promising if both sides strive to be flexible and change some of their harmful attitudes – especially if they are more open, ready to compromise and work towards win-win situations and solutions, they would be able to overcome most obstacles in the way to bring the important EU-ASEAN partnership up to a higher level.