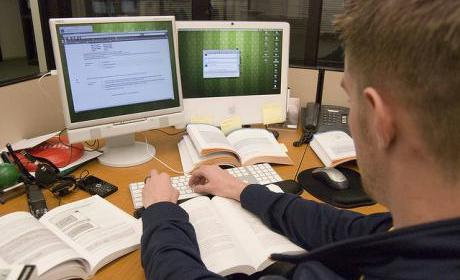 The European Commission announced yesterday (28 October) that it would grant €217.8 million to support Greenland’s education sector and vocational training for the period 2014-2020. The EU has chosen the main topic – education – of its 2014-2020 development agenda in the cooperation with Greenland’s authorities. This choice underlines the importance of education and training for long-term sustainable development. The deal known as programming document was signed by European Commissioner for Development, Andris Piebalgs, and acting Premier of Greenland, Kim Kielsen. The new cooperation program was finalized following extensive talks between the EU, Greenland, and Denmark.

Commissioner Piebalgs said that the signing of the agreement was a proof of the EU’s commitment to the sustainable development of Greenland as well as the readiness of both sides to nurture mutual links. “I am particularly pleased to see that we will assist Greenland in reaching concrete results in terms of a better and higher-educated population and a better-skilled labor force,” he added. Greenland is to receive the funding via the “EU-Greenland partnership”. The new cooperation program was approved by the Commission in September 2014, following extensive consultations between the European Commission and the Governments of Greenland and Denmark.

Since education is regarded as the most important area for the mutual cooperation, emphasis will be mostly put on vocational education and training, and the post-elementary school system. In 2007-2013, the EU allocated €190 million to Greenland’s education. The 2007-2013 financial support garnered a number of successes, such as higher attendance of vocational education and training including high school attendance, more students in higher education, more graduates from formal education after elementary school, and more dormitories. In 2014-2020, the EU Commission will issue a financial statement every year defining the budget for Greenland. The decision will be subsequently followed by policy round tables between involved stakeholders, which will be in turn followed by annual reports, discussions of results, and of difficulties encountered. The policy dialogue will not be restricted to education only but it will include also other areas, such as macro-economic situation and any public finance management issues, if necessary.