EU “Under No Illusions about Russia”: Yet, Mutual Ties Must Be Boosted 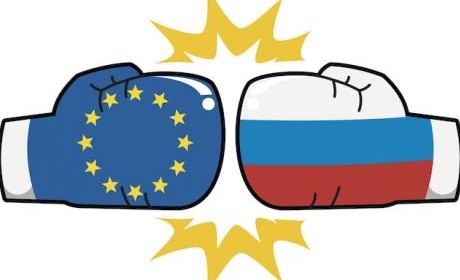 The European Union said that it would stand firm against Russia in defense of its core political interests and values, yet it would also try to find a common ground on the issues of mutual interest, such as the war in Syria. EU’s foreign ministers gathered on Monday (14 March) for their regular monthly meeting, which for the first time in half a year touched upon the block’s relations with Russia. Despite the tensions over the conflict in Ukraine, there have been growing calls for both sides to work together to tackle shared problems including the destabilization of the Middle East and the migration crisis.
The head of EU diplomacy, Federica Mogherini, who had been largely supporting closer ties with Russia when serving as Italy’s Minister of Foreign Affairs, said that there is “unanimity among the 28” on five broad principles. She said that first and foremost, Moscow has to fully adhere to the Minsk ceasefire accords and reiterated that the EU would not recognize the “illegal” 2014 annexation of Crimea.
The meeting of ministers further concluded that the EU needs to stay firm on key issues, such as energy policy and strengthen ties with East European and Central Asian countries. Mrs Mogherini also added that there is a need “for selective engagement with Russia on foreign policy issues such as Iran, the Middle East, Syria… but also in other areas where there is a clear EU interest”. Brussels will also seek to boost ties with Russia’s civil society and especially with the youth.
However, British Foreign Secretary, Philip Hammond, reminded that the EU should be “under no illusions about Russia”, saying that the block needs to have ties with Russia but “we can’t lose sight of the challenge that Russia represents to our values and to our security, and we have to be robust in making our case and defending our principles, our values and our borders in Europe”.