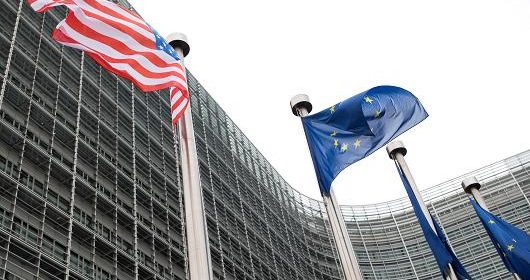 The European Union’s Parliament last week proposed to cancel visa-free travel for US citizens within two months in a retaliatory move for Washington continuing to exclude five EU countries (Bulgaria, Croatia, Cyprus, Poland and Romania) from its visa-free scheme. The EU requires, under its visa-reciprocity rules, that countries allowed visa-free travel to the bloc must replicate the non-visa regime to all EU countries. On the other hand, the American visa-free scheme – ESTA – is based on a country-by-country analysis of how many citizens overstay or are declined visas.

European Home-Affairs Commissioner Dimitris Avramopoulos, who visited Washington in February, met US Secretary for Homeland Security John Kelly and explained the time constraints and the pressure from the European Parliament to move forward with this issue. A two-year deadline that ended in April last year and which obliged the EU Commission to lift visa-free travel for Americans has been pushed back as the outgoing Obama administration did not want to solve this issue before the presidential elections. However, with the new Trump administration, the EU does not expect that the issue will be resolved any time soon.

In contrast, Canada, which has recently ratified a free-trade deal with the EU, has agreed to scrap all remaining visa requirement for EU citizens by December 2017. The EU’s visa-war comes only six weeks into Mr. Trump’s presidency and follows the public condemnation of the ban on travellers from seven majority-Muslim countries. Moreover, EU leaders last month also urged EU institutions to reject the appointment of Ted Malloch as US ambassador to the EU. Analysts expect that imposing visas on Americans would have a negative impact on the European economy as only last year, more than 27 million US nationals visited the bloc – 8% more than in 2015. Although the request is not binding, it will likely add fuel to the hostility between European leaders and the Trump administration.