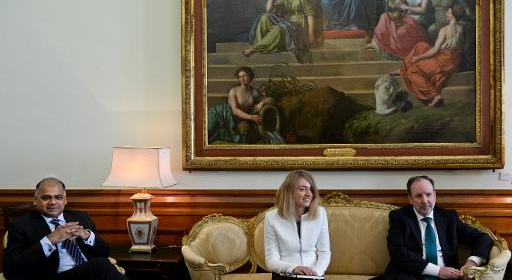 The European Union and the International Monetary Fund (IMF) have begun their last check-up of the financial health of bailed-out Portugal. EU and IMF auditors had come only a day before the country faced a test with a return to normal borrowing scheme on the debt market. After Ireland, Portugal that came close to bankruptcy four years ago has become the second saved Eurozone economy. It is expected that Lisbon is going to pass health checks successfully thanks to its tough austerity measures.
Yet, ordinary people do not share satisfaction of international creditor institutions as they are the ones who have to face austerity-driven suffering every day. It is mainly ordinary people who have to bear the brunt of harsh austerity measures imposed by both the EU and IMF which had provided the country with loans of 78 billion euros. The measures included mostly public spending cuts, structural reforms to boost competitiveness, and aggressive pro-export policies.
Portugal’s Prime Minister, Paulo Portas, commented on the visit of the officials of the EU, IMF, and the European Central Bank (ECB) that it was the very last check-up that would make it possible for Portugal to acquire back its political and financial sovereignty. The Portuguese are eagerly expecting the results of those whom they call “the men in black” even though they know that belt-tightening has not ended yet. The IMF actually pointed out that Portugal must actually deepen its budget discipline to guarantee that it can manage its debt load while sustaining the trust of financial markets.
The Portuguese government has not yet described its intentions of how to navigate through the next steps of the rescue program. It is speculated that they could go for a precautionary line of credit or follow the example of Ireland that returned to the debt market without any back-up. The answer to what plan the government will opt for must be nevertheless finalized by May 5 when Eurozone finance ministers are meeting to discuss Portugal’s exit from the rescue program.